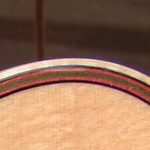 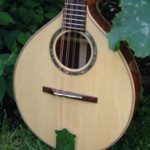 Richard Bartram was captivated by the guitar in the early 1960s when he started playing in rock bands with school-friends in local West London dance halls. Later in the ’60s he played regularly in folk clubs with a number of acts, going on to play in swing-type bands during the very early 1970s when he also taught guitar in London schools.

Richard made his own acoustic guitar in 1966 which was quickly followed up by requests for guitars from musician friends and then from musicians far and wide. He’s been a full-time instrument maker and repairer since the early 1970s and is therefore a very experienced luthier. He makes all kinds of instruments from electric guitars, to acoustics, to folk instruments.